Who Is Michael Thomas 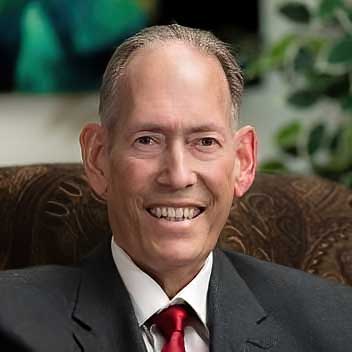 There are only a few master chemists and master herbalists that master cosmetic chemistry in the world; For nearly 40 years, Michael Thomas worked in the cosmetics industry and literally mastered every area of physical beautification; hair, skin and was an oral chemistry mastery. He created some of the products and formulations that are in use every day for Redken, Matrix, American Crew, Paul Mitchell, Biolage and many, many others. These major companies would call Michael in to work with them on chemical formulations when they wanted to create a new product.

Born out of tragedy

Many great inventions are born from tragedy—this one is no exception. It took a life-altering, life-threating event to birth it and a personal diagnosis to master it.

Several years ago, Michael’s son, who was a great athlete, personal trainer and professional snowboarder, shattered his ankle on an improperly prepared landing area.  After reconstructive surgery on the ankle, the pain he was enduring was excruciating. The doctor who did the surgery gave him newly approved FDA painkillers, but they were not strong enough and offered no relief.  He called the doctor and asked for something stronger since he was in horrible pain. They ignored his request and being in unbearable pain, he then went to a friend and physical trainer, who gave him something else for the pain. Tragic mistake. He took what the medical doctor had prescribed originally as well as what the other person had given him, and less than an hour later his heart stopped and he died. Sadly, this tragedy sank Michael into a deep depression.

He did not want another parent to experience what he had experienced. He wanted his son’s life and his life to count for something. And he was determined to take his expertise in chemistry and herbalism and use it for good.

After thousands of hours in the laboratory and hundreds of trials, in 1999, Master Chemist Michael Thomas from Southern California, theorized that light could pick up the vibrational harmonics of botanical extracts contained in clear glass vials, and carry that vibration to the body.  After years of extensive, tedious, and what Michael calls “mind-numbing” experimentation, he was able to ascertain that the 405nm violet light frequency of the visible spectrum, is the wavelength that is most effective in carrying massive amounts of vibrational harmonics in botanical formulations and transmit them to the body’s bloodstream, tissues, and cells. This breakthrough allowed him to successfully launch his HALO Systems invention into the pain management branch of treatment.

A decade later, he proceeded to shine that high-output violet light through vials dozens of his signature botanical formulas on himself in an effort to help his body heal itself of Stage IV blood cancer (leukemia and leukocytopenia).  By this time, Michael focused his knowledge and experience into identifying the best botanicals that would address and support his condition. Nine months after being diagnosed with his terminal disease, and consistently using his HALO System, Michael recovered good health and was pronounced cancer-free.

In the years that followed, Michael perfected the type of light therapy that has come to be known as biophotonic therapy.  Michael explains the phenomenon as follows: The light photons carry the vibrational energy of the botanical formulations into the body where the body then uses the energies in a variety of ways to create powerful physiological and therapeutic effects. The body is the miracle that converts these energies into a heling response.

Over the last 9 years, more than 500 doctors, health practitioners, clinics and health facilities all over the world have been using this unique therapy, administering it via a hand-held health device invented by Michael, called HALO Systems.  Every known health problem appears to respond well to this drug-free, non-invasive, lightning-fast technology, which is now available to the general public for home use.

In a twist of fate, in the summer of 2017 Michael Thomas was afflicted with another attack of his blood disorder. This time, the disease struck suddenly and with a vengeance affecting his bone marrow, immune system and caused liver failure. In this episode, Michael was admitted to the hospital for a few weeks. The doctors did not have a solution for recovery and after 3 weeks in the ICU, Michael was discharged to hospice care with a prognosis of 2-3 weeks to live.

Having followed the conventional route of medicine, Michael understood the best chance of survival was to implement all the best natural alternative therapies and protocols all at the same time. He consulted with Dr. Carlos Bautista at Immunity Therapy Center for his best opinion and guidance. Within hour of the initial call, Dr. Bautista reviewed all the medical records and made a tough recommendation. Based on the medical report, and physical condition of Michael, it was too dangerous to travel. He advised Michael to remain at home and gain some strength and vitality before traveling to his medical center to receive his 3-week multi-protocol therapy program.

This was the most crucial time of the entire episode as Michael was very weak and doing very poorly.  Michael decided to use his HALO Systems (biophotonic therapy) in the most aggressive manner. With the help of his wife, immediate family and friends, he was able to employ biophotonic therapy multiple times per day for about 3 months. Late in the month of October, Michael forwarded an updated blood report to Dr. Bautista for his review. He was encouraged by the positive progress and improvement of the blood work and Dr. Bautista ordered Michael to come to Immunity Therapy Center for professional intervention and participation in his 3-week program as soon as possible.

Michael traveled to Immunity Therapy the week of Thanksgiving 2017 and met with Dr. Carlos Bautista to customize the 3-week intensive therapy program which includes 16-18 different therapy protocols (including HALO Systems). Michael was able to endure the 3-hour car ride from his ranch in Southern California to the medical center in Tijuana MX.  However, the long ride was tough on his physical strength as Michael was still very weak and fragile.   Michael had to be wheelchaired into the medical center for admission and intake and around the facility for the next few days. This is an important disclosure because in just a few days of therapies and treatment, Michael was able to navigate the remaining time by his own personal power and abilities, improving physically and growing stronger every day.

Michael Thomas successfully completed the 3-week program. With the expert guidance of Dr. Bautista, Michael’s body responded well to the therapies and continued to gain strength and improve.   Dr. Bautista was able to find the best combination of therapies for Michael to continue his recovery at home.

Michael recognizes the brilliant work of Dr. Carlos Bautista and highly endorses the effectiveness of his special therapy program, combination of protocols and the vast knowledge he has in the realm of natural alternative cancer treatments.

Thanks to Dr. Bautista and his staff, today (over 4 year after he was given only 2 -3 weeks to live) Michael continues to work in the laboratory developing and improving on the chemistry of botanicals to HALO System.
https://www.immunitytherapycenter.com/meet-the-doctor/

Michael has worked or consulted for the following companies:

In addition to working for the top companies in the industry, he has collaborated and designed formulas for celebrity lines and special clients. Just to name a few…

Michael Thomas commanded the highest accolades in the hair and skin care industry for many years.

His mastery of botanical and herbal chemistry allowed him to work on his pain management systems after the death of his son.

Michael Thomas has worked in mastering the HALO Systems since the late 90’s and continues to work on perfecting his systems of botanicals, herbs and medicinal mushrooms. Michael Thomas is now the Founder and CEO of HALO Systems Inc.